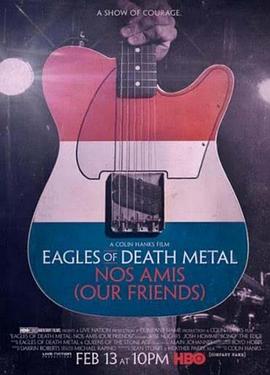 The Palm Desert band Eagles of Death Metal was performing at the Bataclan theater in Paris in November 2015 when terrorists opened fire, killing 89 people. The best friends who formed the band lead us through the horror and its aftermath in this moving documentary about the power of friendship and rock and roll.